When the powers that be were demolishing the infamous President Hotel that graced the Sea Point southern shore line in 1991, Beach could not bare to see all the beautiful woodwork and craft being bull-dosed and crushed. He stopped by and made a deal to buy and remove a single door and ended up spending a month there, salvaging the Wagon Wheel Bar cottage doors and frames, many large arched windows, much of the Raffles dance floor ( lovely Canadian Beech ), 100 odd metres of the support beams underneath the floor ( solid 9 x 3 inch Oregon Pine beams, Meranti skirting, and even the entire 3 stories of the main elegant staircase balustrade and ornate windows. We ended up remodelling Boutique@10 with all this wonderful material and now live in the warmth, history and charm of the old President Hotel.

A brief history of the President Hotel

The history of the President Hotel is entangled with the rich heritage of Bantry Bay and Sea Point, celebrating over 250 years of breathtaking views, local experiences, and high-quality hospitality. 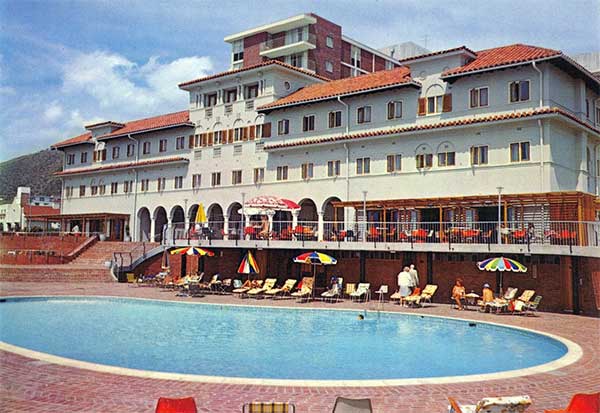